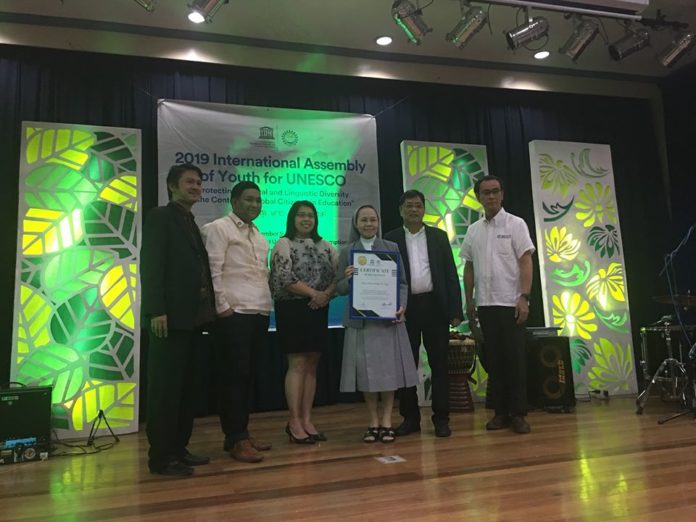 The National Coordinating Body of UNESCO Clubs in the Philippines (NCBUCP) recognized outstanding members of SPUP in the 2019 International Assembly of Youth for UNESCO (Y4U). The gathering was held on December 5-7, 2019 in Angeles City and San Fernando City, Pampanga.

Sr. Merceditas Ang, SPC (University President), led the roll of honorees from SPUP as she was named “Outstanding UNESCO Club Educator of the Philippines” in the field of Education for Sustainable Development.

The Paulinian Volunteers for Community Development (PVCD) – UNESCO Club was declared as “Outstanding UNESCO Club of the Philippines – Education Category” and was also given its Certificate of Good Standing.

This year’s assembly bannered the theme: “Protecting Cultural and Linguistic Diversity in the Context of Global Citizenship Education.” The sessions and competitions were held at the Eurotel Angeles (Angeles City) and the awarding ceremonies at the University of the Assumption (San Fernando City).