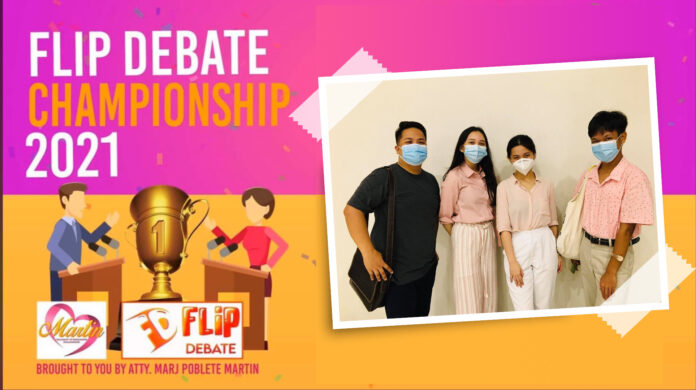 SPUP bagged the back-to-back Championship title in the 5th FLIP Inter High School Debate Cup Invitational after firmly defending the Affirmative side. The Championship was streamed live via Facebook on March 21, 2021.

The University was represented by the Basic Education Unit (BEU) Debating Team namely: Zaldy B. Baccay; Paulyana Gimel T. Battung ; and Pamela Kate M. Manongas. With the guidance of their coach, Mr. JR Palattao, SPUP’s debating team competed with Cagayan National High School (CNHS) Debating Team arguing on the proposition, “This House believes that Appointment in the Judiciary should not be made by the President.”

The said debate activity was made possible through the initiative of Atty. Marjorie Poblete Martin, Councilor, City of Tuguegarao.

SPUP INKS PARTNERSHIP WITH ONE OF INDONESIA’S TOP UNIVERSITIES

A Forum on Philippine Higher Education of the Future