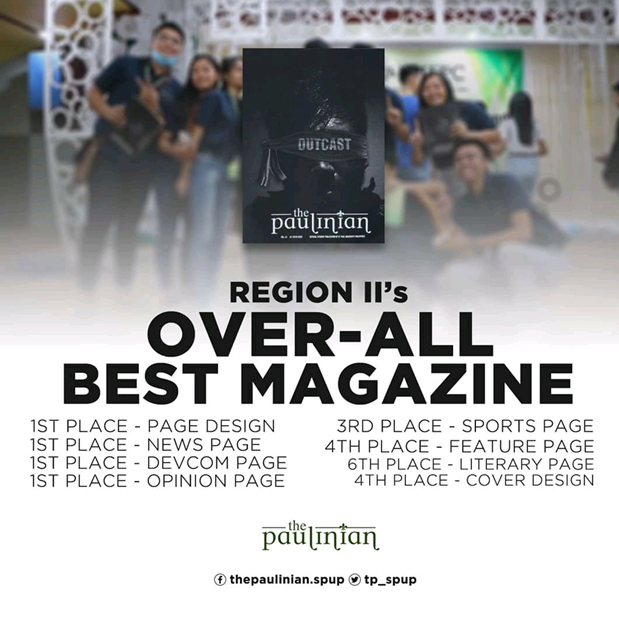 SPUP’s The Paulinian Magazine (OUTCAST) was adjudged as the Region 2’s Best Magazine after garnering 67 points in all Categories under Magazine. At the same time, Katsa, Literary folio, landed as the 5th overall best Literary Folio in the region. Both the Magazine and Literary Folio of The Paulinian will be one of the papers to represent Region 2 in the national quest.